Didn’t you read the first part? Click here and catch up.

After Daniel had dropped me in Kilcullen and gave me his map, Glendalough was behind me and I needed to keep going. I could get a bus directly to Waterford in the gas station close to the place I was about to hitchhike, but this was the last option, just in case nobody picked me up.
I headed a bit further from the gas station and putted a sign on to “Carlow”. During the 30 minutes I stayed there with nobody stopping but everybody giving signs that they were turning right or left, I guessed I was getting only local traffic there. There was no other option but to walk further on, where I’d get the intersection with a motorway, heading to Carlow (yeah, the map was already helping me). Other 30 minutes waiting on the exit and nobody stopped. I knew that it was against the law to hitchhike on the motorway, but it was cold and I wanted to move on.

It didn’t take longer until Andrea stopped and told me that she was heading to Carlow. Great! First and only female driver who picked me on the road (I’ve got picked up by more than 30 people so far). It was a bit difficult to talk to her, I couldn’t understand much as she had a very strong accent. I told her that I had been living in Dublin for almost a year and was then travelling around Ireland and next around Europe. She was impressed and told me that she would love to do the same, but she was too scared of flying, so she had never left the island. Well, it’s not only flying that you can leave Ireland, but she didn’t seem to be very enthusiastic with the idea of taking a fery too. She said that she would love to visit Barcelona, and I hope she can get past her fears and go there one day.

She dropped me off close to a gas station, which is very appreciated by hitchhikers. I putted my next sign on, Kilkenny and waited for about 20 minutes until a local stopped and told me I was in the wrong place if I wanted to get to Kilkenny and that he could drive me to a better spot. I told him that my plan was to get to Waterford and he said I’d be fine in the place where he was about to drop me off. And also that if nobody picked me up, there was a bus stop nearby where I could get a bus directly to Waterford. Well, not the first option again, but it could be helpful.

Carlow seemed to be a tough place to hitchhike after waiting over an hour with a sign to Waterford. I thought maybe it was time to try a shorter lift, to Kilkenny and once there try to go to Waterford. Well, it was the right decision, the problem wasn’t Carlow, but my sign asking for a long lift. So only 15 minutes after I putted back my sign to Kilkenny a car stopped. I just couldn’t understand what this old fella was trying to tell me. After I while I got that he wasn’t going to Kilkenny but that he could drop me off somewhere closer. OK, let’s go, anything is better than keep waiting there. Once inside, I told him that I was actually trying to get to Waterford and that made him happy. He said he was driving to Graiguenamanagh (well he had told me at the first place, but how on earth could I get this word?), and that from there it would be easy to hitch to New Ross and then I’d be very close to Waterford. A piece of cake, according to him.

We arrived in an empty car park, where we would leave that old car for inspection and get another one to continue the trip. It was strange seeing him just let the car there, with the keys on the seat, as somebody else was supposed to get the car there and bring it to the inspection.
He decided to avoid big roads and drove us through these beautiful small roads and I was amazed by Ireland’s countryside. Weather was good (seriously?) and a bit sunny (just enough to put a small smile in your face), which made the trip even better. He would sometimes drive in the wrong way, which made me a bit uncomfortable, but nothing that scary.

We finally made it to Graiguenamanagh and I was now much closer to Waterford. Next stop, New Ross.
I had learned a couple of few important things in these lifts and was looking forward to finally arriving in Waterford. And I’ll tell how it went in the next post. See you soon.

Tem #deserto aqui também (: #Marrocos #zagora #viagem #viagemestadao #rbbviagem #blogdeviagem #experienceTheWorld #beautifuldestinations #travelgram #igersNorthAfrica #igersMorocco #instatraveling #igtravel #instapassport #instatravel
Tem neve no #Marrocos? Tem (: #oukaimden #viagem #africadonorte #viagemestadao #rbbviagem #blogdeviagem #beautifuldestinations #experienceTheWorld #igersmorocco #instatraveling #igtravel #travelgram #igersNorthAfrica #igersMorocco
Além de muitas outras coisas, o #Marrocos e suas eternas 25 de março. #rabat #viagem #rbbviagem #blogdeviagem #experienceTheWorld #viagemestadao #instapassport #instatraveling #igtravel #travelgram #igersNorthAfrica #igersMorocco #igersRabat
How'd I end up in Beni-Mellal? Thanks to human kindness. I think hospitality should be the synonym of Moroccan people. I was thumbing in #Marrakesh when Mouia offer me to bring me half of my way to #Fes. On the road she invited me to spend the night with her family and continue my trip the following day. I accepted (: Moyassane drew this to me, she calls me Harry Potter. She's 9 years old. Sofia is only 2 years old and usually not very receptive with strangers. She played with me the whole night and even kissed me. There's much more in this story and I'll write again soon. Have y'all a good day (:
Warming welcome in Marrakesh. Watching these guys playing gnawa music in a small shop inside the Medina was an amazing experience. Japan, Spain, Morocco, Armenia and Brazil all together. Viva couchsurfing, viva travelling #Morocco #Marrakesh #couchsurfing 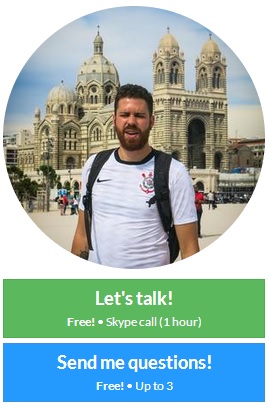